Is it better to buy Gold and Silver ETFs such as GLD and SLV… or are you better off buying gold and silver coins and bullion, and owning the actual metal that you can hold in your hand?

As you know, there are practically an unlimited number of different ways to invest in gold & silver. Some make much, much better investments than others. Let’s take a quick look at the key factors of the most popular precious metals investment options.

So what exactly are gold and silver ETFs? ETF is an acronym for Exchange Traded Funds. ETFs are simply securities that trade like stocks. They are easy to buy and easy to sell. You can buy them from any broker or simply buy them yourself in your online account. When you purchase them or sell them, you buy or sell at the current price… unlike buying a mutual fund where you can make a purchase or a sell during the day, and you get the price that the fund closed at, at the end of the trading day.

GLD is the most popular gold ETF and SLV is the most popular silver ETF. In my opinion, these ETF funds can be very good ways to trade gold and silver…but they lack a lot of important safeguards when it comes to investing in gold & silver. These ETF funds are intended to offer a simple and cost-effective way of investing in gold and or silver that is similar to an investment in the actual metals themselves.

However, several different investment analysts and economists who have researched many of the precious metals exchange-traded funds now suspect that many ETF share prices may not be exclusively tied to the actual performance of the metal itself. This is a very important point. My suggestion is to always do your due diligence and carefully research each ETF before investing in any ETFs.

Another significant concern with ETF investing is the fact that many financial advisors and economists believe the share prices of all stocks will be pulled down in the downdraft when the overall stock market falters or crashes. Just as a falling tide lowers all boats, a crashing stock market will take a lot of good stocks down with it.

More and more investment experts and economists now believe the actual physical metals will perform far better than most precious metals ETFs and mining stocks in the long run. Many believe when stocks take their next precipitous fall, the masses will flock to physical gold and silver causing the physical metals prices to soar, just when stock prices, including gold and silver ETF prices, hit the skids.

Lastly, many people simply have a personal comfort level that comes with having the actual physical metals in their hands. It makes it real when you can touch it, feel it, and you have possession of it. There’s just something about holding a gold or silver coin in your hand. It gives you a feeling that can’t be matched by holding a brokerage report in your hand.

You need to make the investment choices that make the most sense to you but it’s my opinion that you have a lot fewer moving parts and concerns when investing in the physical precious metals, the actual bullion, and coins, instead of the exchange-traded funds.

I’ve had 35 years of experience in the precious metals industry and have been employed in four different refineries, being the owner of one. It’s been my pleasure documenting the precious metals refining process so that it’s better understood by those who have an interest in the subject.

Here’s a brief answer to the question, How do you refine gold and silver?

First, you will melt your gold scrap to create a homogeneous alloy which is then poured into a shot or bar and rolled into a thin sheet so it will dissolve easily in an acid called Aqua Regia. It is then placed in an acid-proof container of plastic or a glass beaker under a fume hood and covered with the aqua regia to dissolve the alloy. Once the gold alloy is dissolved it leaves behind silver in the chemical form of silver chloride that will not dissolve and must be filtered out. After filtering the acid solution containing the gold it is diluted with cold water and a chemical is added to the filtrate, (clear filtered acid containing the gold) to make the gold precipitate, (rain down) from the solution. The gold will settle to the bottom of the container as a dark to light brown powder and after the acid clarifies it is siphoned off or carefully poured off of the gold precipitate. Then the gold precipitate is washed, dried, melted, and poured into bars, or shot. This gold which you have refined using a hydrometallurgical method will be 99.9% gold. To produce 9995 Fine Gold it may need to be refined again. If 9999 or higher fineness is desired it will have to be refined by electroplating the gold in a bath of gold chloride and hydrochloric acid which will remove trace impurities that mainly consist of silver.

In the case of silver refining you melt your silver lot into a homogeneous alloy and pour it into a shot so that it will dissolve easily. Then it is placed into an acid-proof container under a fume hood and covered with an acid called Nitric Acid.

The silver will dissolve but some metals, (gold, titanium, stainless steel and platinum group metals, etc.) will not dissolve and will settle to the bottom of the container and then have to be filtered out and separated to produce a clarified solution, (filtrate) containing the silver just as you did in the example above with the gold only this time it is the gold and other metals that are the impurities that must be filtered out of the silver nitrate and acid solution. After filtering and diluting the acid, salt water or hydrochloric acid is added to the silver nitrate and acid solution to precipitate the silver as silver chloride. This is then washed and filtered to separate it from the acids. The silver is still bound in the silver chloride and will not melt easily into a metal form without substantial losses due to vaporization so it must be chemically converted, (reduced) to a pure metallic form then washed, dried, melted, and poured into bars which will be 99.9% pure silver.

While platinum prices may tempt you at current levels, there is a reason for pessimism in this precious metals market.

Unlike gold and especially silver, where demand equals and will soon outstrip supply, platinum is plentiful. Demand is falling or static.

There are labor problems in the world’s biggest production market, South Africa, but even that uncertainty cannot fuel a bull run on the precious metal once called “richer man’s gold”.

Platinum is now cheaper than gold. While we see a lot of upside potential in gold, and even more (percentage-wise) in silver, the unique problems facing platinum are not going anywhere.

Here are some reasons why we can’t recommend platinum.

During a global recession, demand for industrial materials tends to slow. Platinum was previously so expensive that a lot of research and development focused on how to replace it with the much cheaper palladium.

The main use for platinum was in catalytic converters in cars. Palladium has replaced the need for platinum in gasoline-powered vehicles. Diesel-powered vehicles still need platinum, though there are new technologies in the pipeline that will allow palladium to be used there too.

The market share for diesel vehicles is growing, and to keep costs down, manufacturers are pushing for palladium use in catalytic converters. This is not good news for people who are bullish on platinum.

Of course, the global downturn (in some places a full-blown depression) does nothing positive for the demand for vehicles.

The main reason that platinum doesn’t enjoy the same status as gold and silver is that it has never been used as a legal tender.

Gold and silver coinage formed the basis for the entire monetary system of modern civilizations. Even if today, since the 1971 repeal of the Gold Standard, we no longer back up our banknotes with gold, hand somebody a gold coin and they instinctively realize its worth.

Hand somebody a platinum coin (if you can find one), and their primary reaction will be confusion. It’s not silver, it’s not gold. It seems like something in-between. We “know” gold is worth several times the price of silver. Where does platinum fit into this picture?

Simple. It doesn’t. When markets are uncertain, gold and silver are seen as safer havens for money. Platinum cannot compete.

Further to this, speculative investors will not jump into the market anticipating higher platinum prices, because their principal demand (industry) is suffering from the worldwide financial crisis.

Demand is flat, and there is plenty of supply. Platinum is a relatively small market, and it’s well-covered by mining output.

The two primary markets for platinum producers to sell to – the US and Europe – are struggling.

Investors don’t know what to make of platinum, and generally prefer gold or silver investing.

What all these means is, platinum prices are not expected to do anything spectacular in the short or medium-term. We recommend you mix gold or silver into your portfolio, but avoid the Richer Man’s Gold. 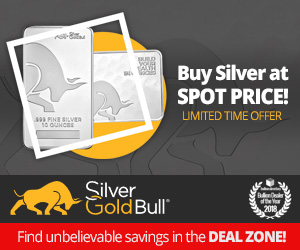 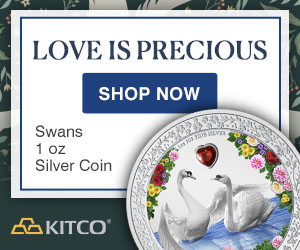